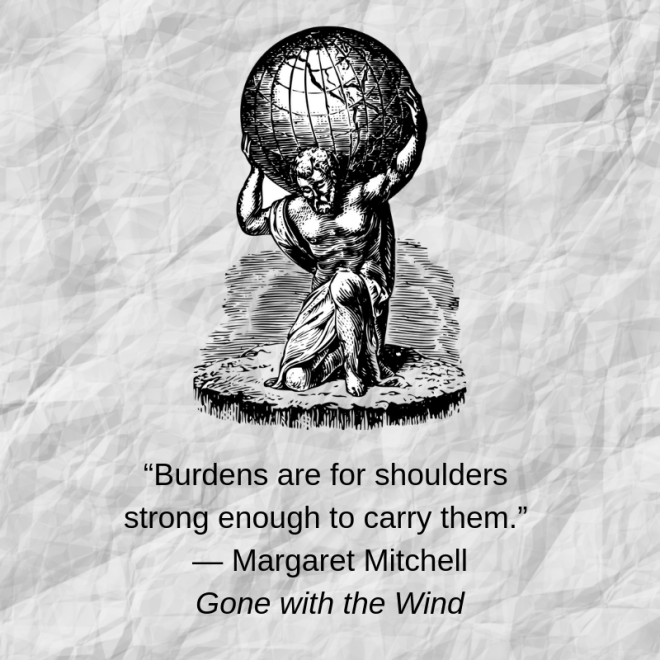 It was after discussing Fantastic Beasts and Where to Find Them: The Crimes of Grindelwald with a few mutuals that I realized something: I was the only one in the room bothered by a few things that the trailer brought up and made me even more angry than usual at Jo Rowling.

This post is going to be a little self-indulgent and may even come off as a little narcissistic but I want to talk about critical conversations about media when you’re the only person in the room concerned about it.

I’ll preface this by saying I am a well-intending idiot. I’m proud of my education but when it comes to the people I choose to spend my time with, I am the dumb one. Amber can talk circles around me in a dialogue, I am nothing as far as trivia goes in comparison to Victoria and Carlos.

I’m proud of my education and proud of my level of intellect but I am far from remarkable as far as I see it.

That being said, I’m also willing to cope to the remarkable amount of privilege that I have with my ability to be pedantic about comic books.

All of that aside, let’s get back to the topic.

My issues with Jo Rowling’s recent romp are numerous and the most recent trailer only pushed me over the edge with disappointment for Good Ol’ Auntie Jo. Choosing to make Nagini an Asian woman now held in animagus and bondage is vile and a perpetuation of the submissive Asian trope on a Guardians of the Galaxy Vol. 2 level and continuing to allow Johnny Depp to be in anything is a vile cash-grab. Additionally, the continual teasing of “finally getting a gay Dumbledore” have proven to be mostly a queer-baiting PR stunt. I had plenty of new reasons to be disappointed with this movie on top of the foundation of reasons I had to be disappointed with this movie.

And when pressed about my issues and explaining that I was tired of the mystical Native American trope and a world where it’s the 1920s and racism isn’t real but discrimination against non-magic users is a thing, I realized something. I was the only person who seemed to care about these issues.

I was the only person in the room that seemed concerned about perpetuating damaging stereotypes and authentic representation.

And that bothered me.

Time and time again I’ve been told that I’m too critical of media. That I should just turn off my brain.

Let’s kill that in its crib immediately.

I am an English major, literary student, research scholar, writer, reader and more.

My brain is hard-wired to be critical of the messages I see via the media I consume.

Turning off my brain is not something I think I’m capable of. I was even dissecting casual movies like The Hitman’s Bodyguard because yes there was stuff to dissect in that raging garbage fire of a movie.

Keep in mind, I am a huge nerd. Well, not huge. I’m a very petite nerd. I have YEARS of canon knowledge and trivia. I am also an avid reader who tries to fill the void of existential dread with books and literary criticism. I know my references. And I’m passionate about knowledge and learning more.

And considering that literally every piece of media is trying to push an agenda, it’s vitally important to be aware of what comics, movies, television and more are trying to sell you.

Besides, being critical is sort of my thing. Never in a contrarian sort of way but being more “aware” and “critical” of the media around if has helped me carve out a niche that I’m quite proud of.

Let’s take a moment to remember that being critical doesn’t mean hating everything. Which brings us to the other part of the uncomfortable conversation I had:

Dear reader, I love many things. That doesn’t mean that anything is perfect. I love John Constantine as a character but he is a tire fire and I am empathetic to anyone who wants to punch him in the neck. I love most comic books but I also absolutely understand that the Marvel movies are just a scheme to funnel cash into Disney’s gaping monopoly. I tear apart the things I love because that’s what a critical reader and viewer does. Nothing is perfect, everything has flaws, everything has an agenda.

And there are times I can be highly critical of a piece of media while still mostly enjoying it. Deadpool 2 is a mostly forgettable superhero sequel with huge problems like another shocking instance of Girlfriend in the Fridge but for the most part, I really laughed during that film.

There are other times, however, where a story’s issues are too distracting like with Black Panther where I was so overcome with disgust at the misuse of words and verbage actual militant African-Americans used that I struggle to get through the second half of the film without a stomach ache.

And again, I’m surrounded by folks who echo similar feelings to mine. We may not all share the same opinions but Amber and I left Black Panther and talked about race relations for literally about an hour. I walk out of a movie and immediately have a call with Carlos. I get to talk with the other writers of FanGirl Nation and chat about tropes and more. I am surrounded by brilliant human beings who are just as critical, if not more so, than I am and I am a better person for it.

I do sometimes wish I could “turn off my brain” and come down and talk about a movie for just what it is. Increasingly, critical reading and watching is a rarity, kept in niche communities. I do wish I could talk about feminism in movies more and political themes in pop culture more but many just want to “turn off their brains” and enjoy their media.

I sometimes wish I wasn’t aware of how grossly sexist, racist, transphobic, homophobic and harmful popular media can be.

And with that heavy burden I will continue to call those things out for as long as I am able.

2 thoughts on “The Burden of Knowledge”